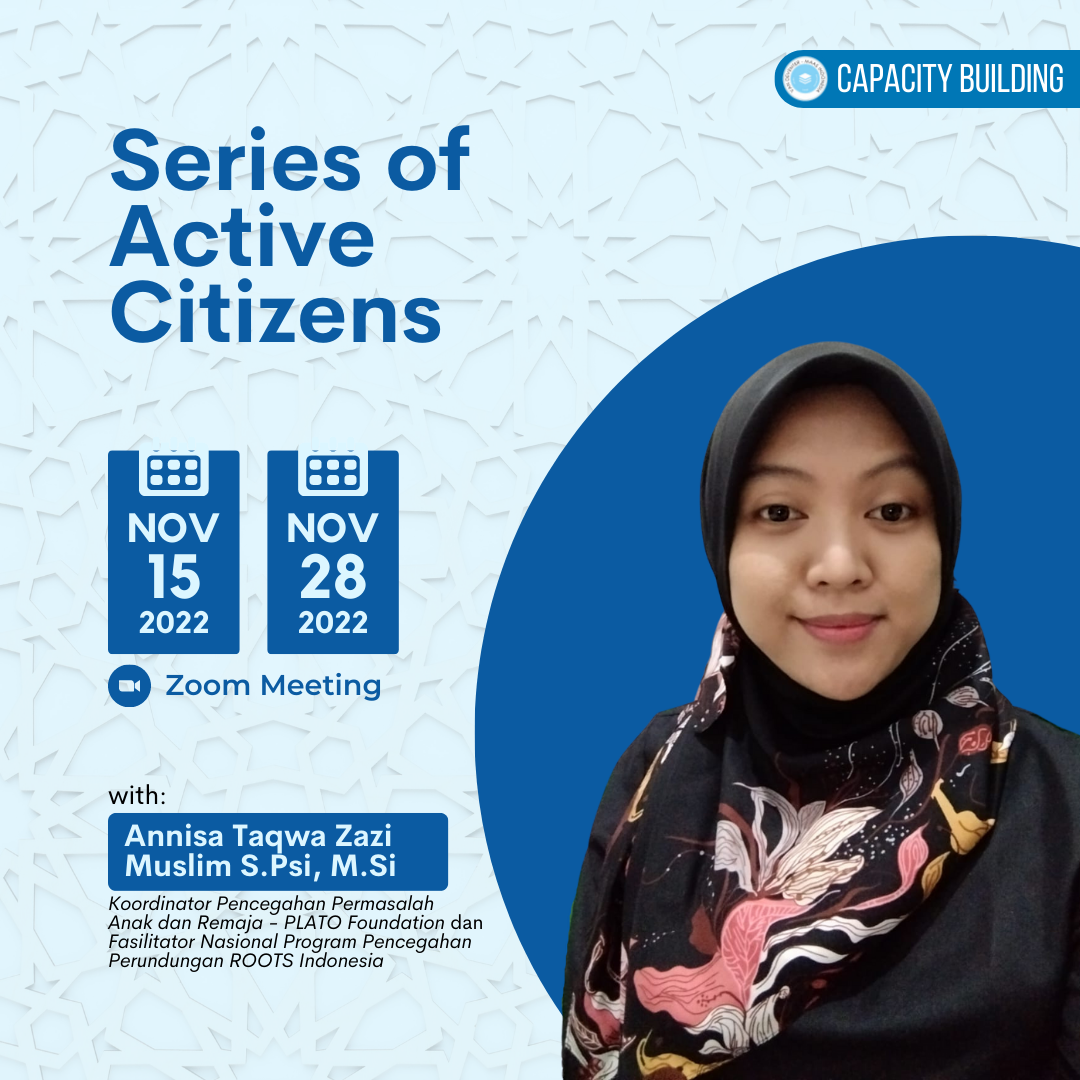 On November 15 and 28, 2022 VDMI held a Series of Being Active Citizens, facilitated by Annisa Taqwa Zazi Muslim, S.Psi., M.Si (alumna Hang Tuah University) with the titles “Perundungan dan Kekerasan Berbasis Online: Kenali, Cegah, dan Hentikan!” and “Youth Change Maker: Aksi Nyata Hentikan Kekerasan”. Violence is any act that causes physical, psychological, sexual misery or suffering, and/ or neglect, including threats to commit acts, coercion, or unlawful deprivation of liberty. Bullying is aggressive behavior that is carried out by a person or group to another person or group over power imbalances repeatedly or continuously. Several types of bullying: a). verbally, b). physically, c). relational or social, d). cyberbullying.

The circle of bullying involved some roles: a). bullies, b). followers, c). passive bullies, d). potential bullies, e). bystander, f). potential defender, g). defender. Socialization about bullying is important due the impact of bullying behavior can affect the psychological, social, health and academic conditions of the bullying victims. On the other hand, victims of bullying are reluctant to report it to the authorities because they will be bullied even more. They just found out after experiencing depression. 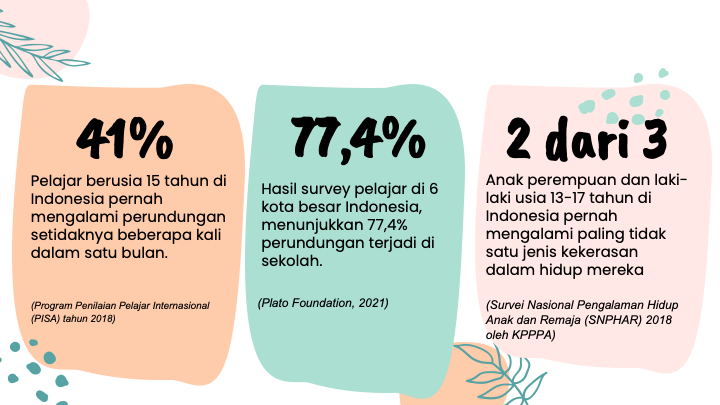 Nowadays, the use of information technology opens up the opportunity of cyber bullying, a bullying behavior using a digital technology. A sexual violence is any act that humiliates, harasses, and/or attacks a person’s body, and/or reproductive function, due to unequal power relations and/or gender, which results in or can result in psychological and/or physical suffering, including those that interfere with a person’s reproductive health and lost the opportunity to carry out education safely and optimally. Several types of online-based sexual violence: a). online grooming, b). sexting, c). scamming. The impact of online-based sexual violence are: a). trauma, b). self-withdrawal, c). suicide tendency, and d). difficulty to erase the digital traces. 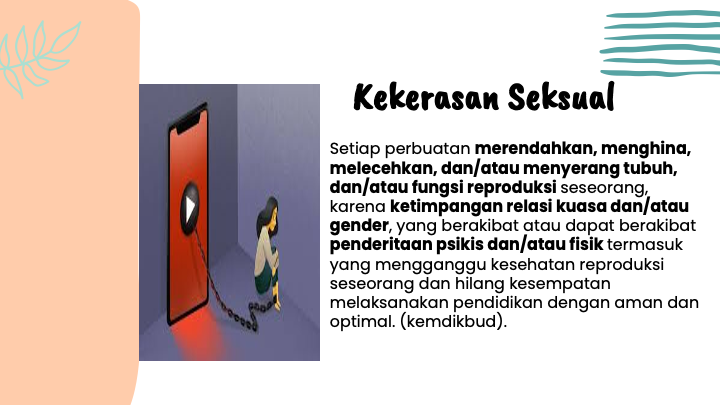 This final part discussed about: 1). challenges and flow of case handling; 2). preventive steps; and 3). being active citizens. Most of the bullying victims are reluctant to report to the authorities. They often feel neglected or get blamed. Sometimes their reports were not responded appropriately, problems that occur are considered normal or considered as a joke that does not need to be taken seriously. On the other hand, bullying victims get hurt and need help urgently. Usually they show changes in behavior, decreased productivity and withdrawal behavior from the social environment. If we see incidents of bullying around us, we should immediately respond right away by stopping it. Find out what’s really going on, record the detailed information, then handle it and report it to the authorities. For that, we need to be concerned and aware of the environment around us. Caring, observing and helping those around us who show behavior changes is the first step in assisting victims of bullying. 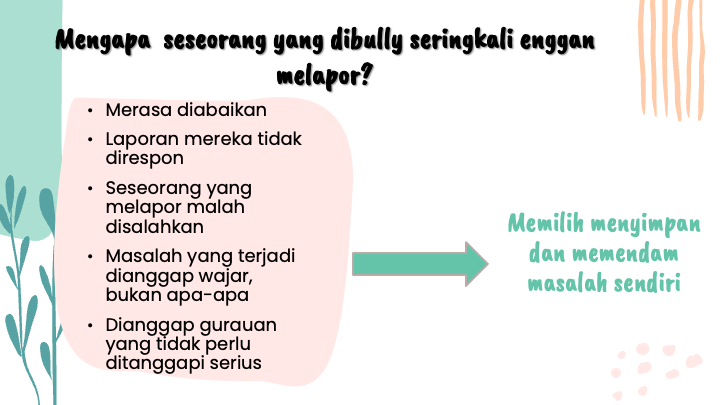 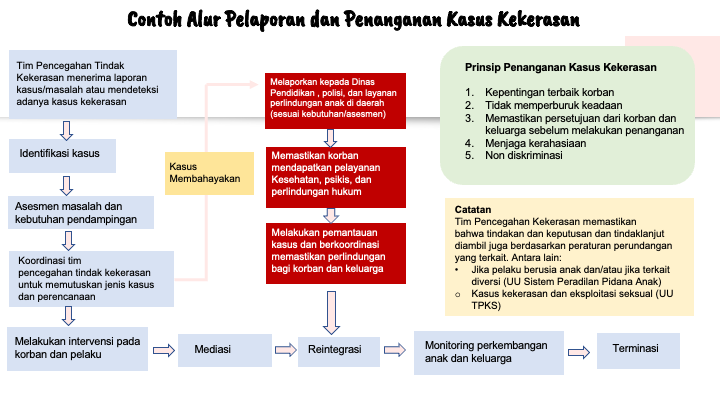 Living in the digital era like today makes students very close to the world of social media. To break the chain of online-based violence, as students, we can prevent it by using social media wisely. Students can do the following: a). maintain privacy, b). maintain account security, c). avoid hoaxes, d). spread goodness and positive things, and e). using social media as needed. 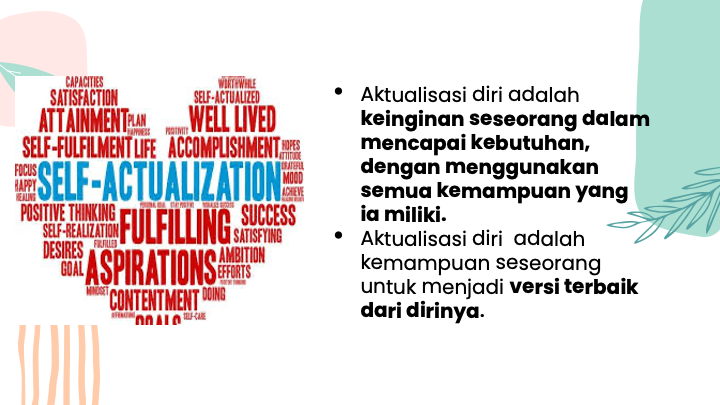 As the next generation of the nation, students must be actively involved in ending violence and bullying. If we do not take part in this movement, violence and bullying will spread more massively, while the impact will be very bad for the victims who experience it. The future of the Indonesian nation lies in the hands of students who act as agents of development, agents of modernizations, and agents of change. Some of the behaviors and attitudes that must be developed by students are independence, realistic, mutual respect, responsibility, honesty, discipline and focus. 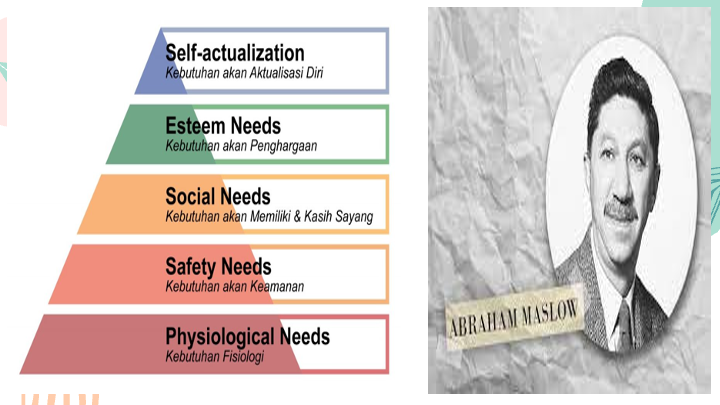