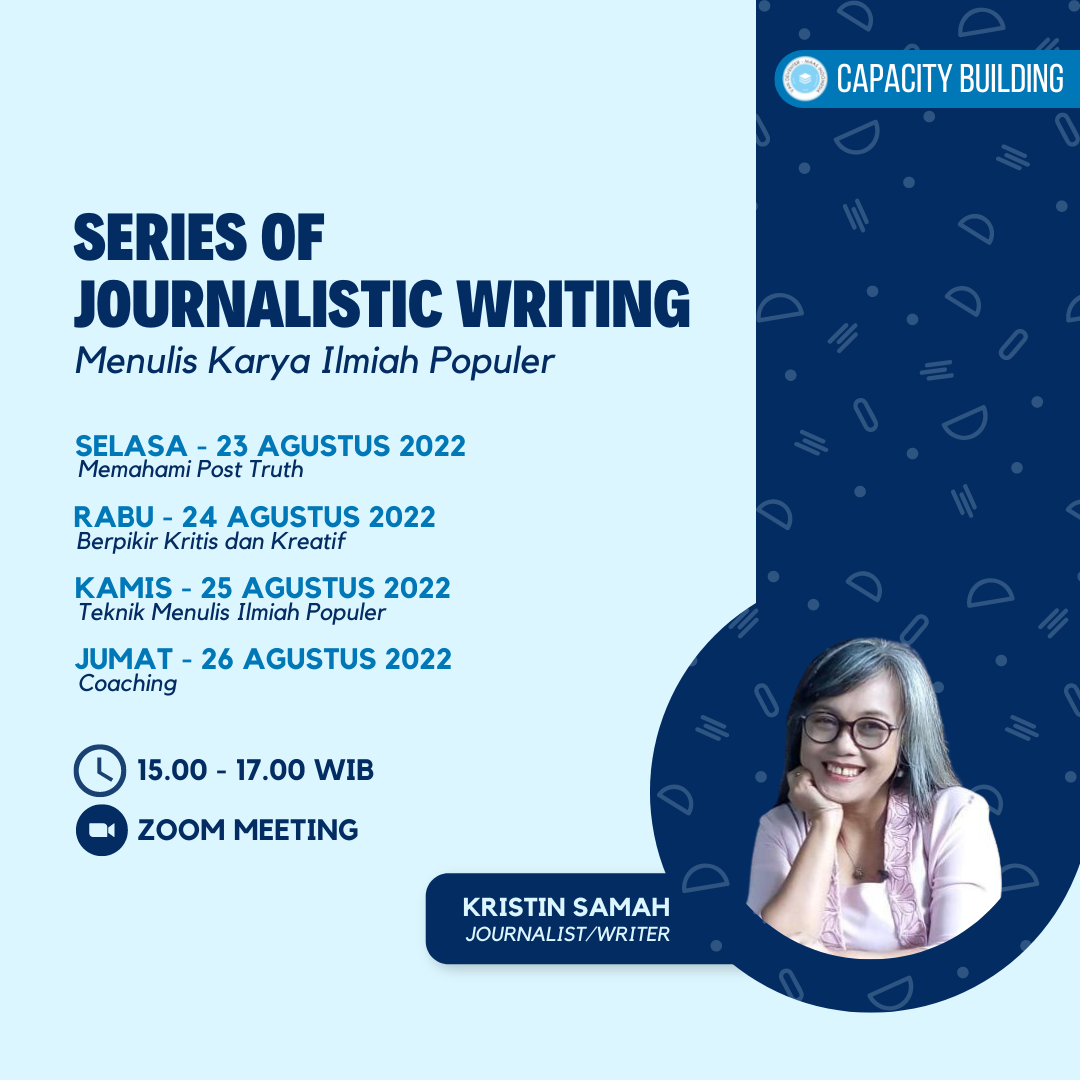 For the 3rd part (August 25, 2022), The Series of Journalistic Writing discussed popular scientific writing techniques. In the beginning, participants were asked to identify the background, data, facts and opinions conveyed by the author of the article “Memaknai Penghargaan IRRI”. This article is an example of popular scientific writing that is published in the mass media. 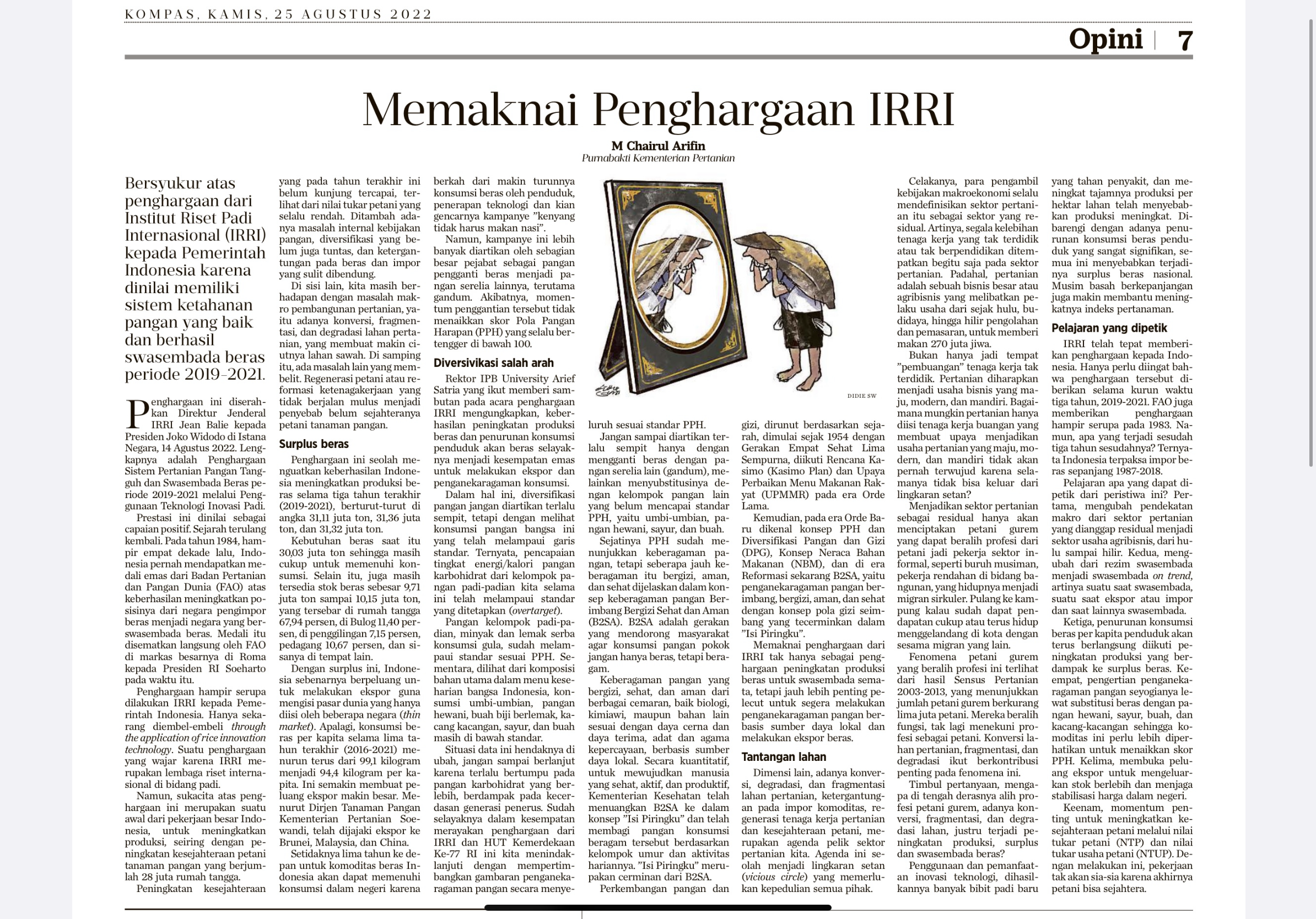 Another example of popular scientific writing is a book entitled “Silent Spring”. This environmental science book was published in 1960, written by Rachel Carson (a researcher on environmental science). This book documented the environmental harm caused by pesticides. In 2006, “Silent Spring” was named one of the 25 greatest science books of all the time by Discover Magazine. This book is a good example that research and scientific data can be written into a popular scientific writing that is easier to read and understandable by the readers.

There are several steps to creating popular scientific writing. First, formulating the idea. The writer should decide what angle she/ he wants to explore and focus on it. Then, making the outlines. An outline is a frame of reference that helps writers to write sequentially. Outline helps writers to think systematically, focus and avoid repetition. The outline can follow facts or data. To get supporting data, writers can do interviews, field observation or literature review. Cite the sources and then start to write. 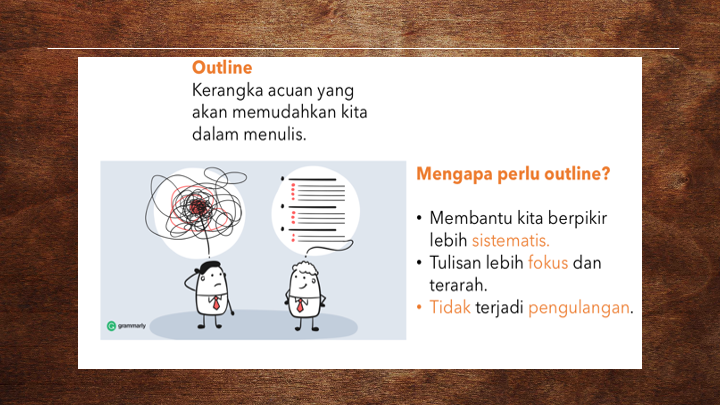 Octavialinsi Dian Waradi (grantee Artha Wacana Christian University) asked about popular scientific writing based on previous research. In every popular article there are always questions that have been built by the author has a hypothesis in the background. Historical writings or previous research in the past that are presented in the present are sometimes boring and less relevant, unless the writer can find the relation to the current conditions, for example as a background of the article. Next, Ode Dermansya (grantee Pattimura University) asked about writing interesting scientific papers that are relevant to the current situation and have a good quality. Participants were encouraged to be able to find interesting things according to their field of study. Find the actual phenomena or issues that exist in our society and highlight them related to our field of science, then write about it. At the end of the session, participants were asked to write an outline on food security related to their fields of study which would be discussed at the final part. 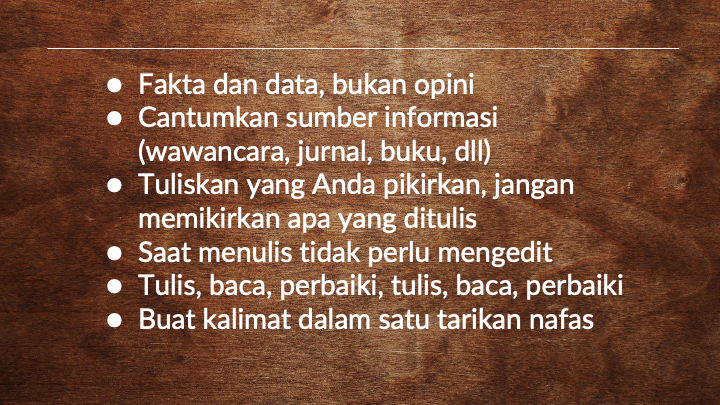