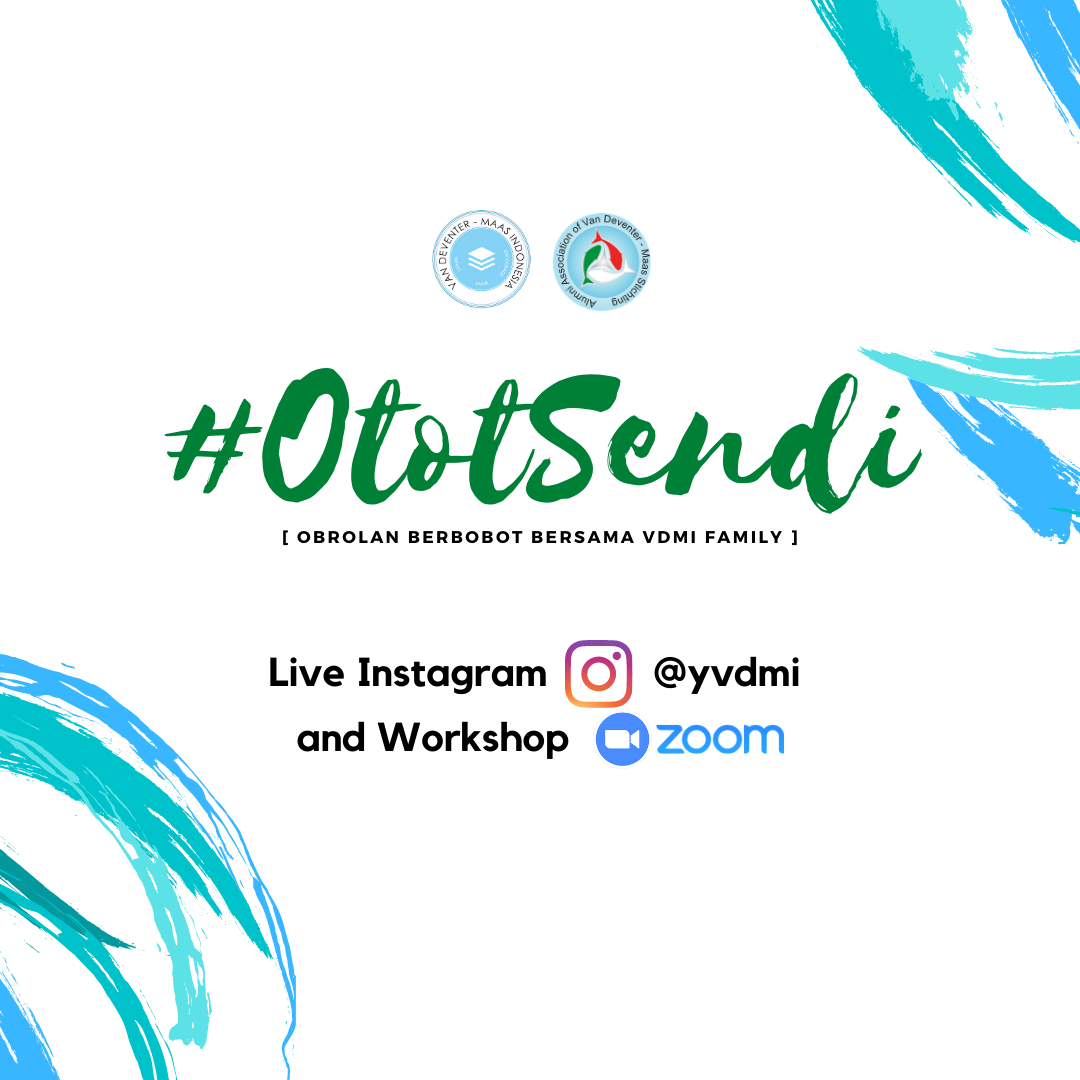 December 2020, the OtotSendi program continues with sharing from two VDMI alumni. On Sunday, December 13th, Annisa Taqwa Zazi Muslim (alumna from Hang Tuah University) talked about ‘Penyalahgunaan NAPZA Dikalangan Remaja’. Annisa considers that it is important to share her experience in doing community outreach in East Java and becoming one of the counselors at Plato Foundation. Thus, families and societies can prevent the use of NAPZA among teenagers, which drastically increased each year.

Indications of addiction can be seen from unusual changes in behaviors. According to Annisa, she once found an addicted high school student that brought a knife to school. Addiction can lead someone to be a criminal to fulfill the need of NAPZA. The participants were excited to ask questions during the one-hour session with Annisa. One of them, Maria Yasintha Rosari, a grantee from Nusa Cendana University, asked about how parents could deal with an addicted child. At the end of the session, Annisa suggested the young generation, especially the VDMI family, keep the spirit, keep doing positive activities, and build awareness among our community to help people who suffer from addiction.

On Thursday, December 17th, Casmira Godlieveana de Araujo (Noy), an alumna from Nusa Cendana University, shared her experience as a Literation Volunteer in Atambua. The session was also attended by Bapak Robby, the Person in Charge (PIC) from Sam Ratulangi University. Noy’s motivation in becoming a volunteer is her love of sharing. She also believes that sharing makes her memories will last longer. Along with her friends, Noy has been taught the Oan Lidak study group consisted of 60 children from a rural area of Indonesia.

Becoming a volunteer, Noy feels that she learns many new things, having friends from diverse expertise, as well as having less stress. With the positive vibes of volunteering activities, she can enjoy and focus on teaching the children. Noy’s class starts at 11.00 WITA to 13.00 WITA every Sunday. Noy feels proud and fulfilled whenever her students start to be able to read.

Managing a large class is not easy. Noy has to be creative in designing the learning activities for her class. Resonated to Noy’s experience, Fitri Yoanda, a grantee from Medan State University, asked about Noy’s methods in approaching the children so that they willing to join with Noy’s literacy class. Moreover, Rika Nur Cahyani, a grantee from Sarjanawiyata Tamansiswa University, shared about a program that she initiated with her friends in Gunung Kidul, Yogyakarta. She also teaches children from low-income families. However, she was giving up because her friends were busy with her schedule. Became the only one who runs the program made her overwhelmed.

At the end of the session, Ibu Pariasih Manoto (Parche) encouraged the VDMI family to start to act and volunteering themselves for their communities, “Initiating a program need a strong commitment and effort. Choose to never give up and keep growing.” Ibu Parche suggested that the results of a volunteering activity could not be seen in an instant, it takes at least 5 to 10 years. Also, the volunteering activities will add value to those who did them.