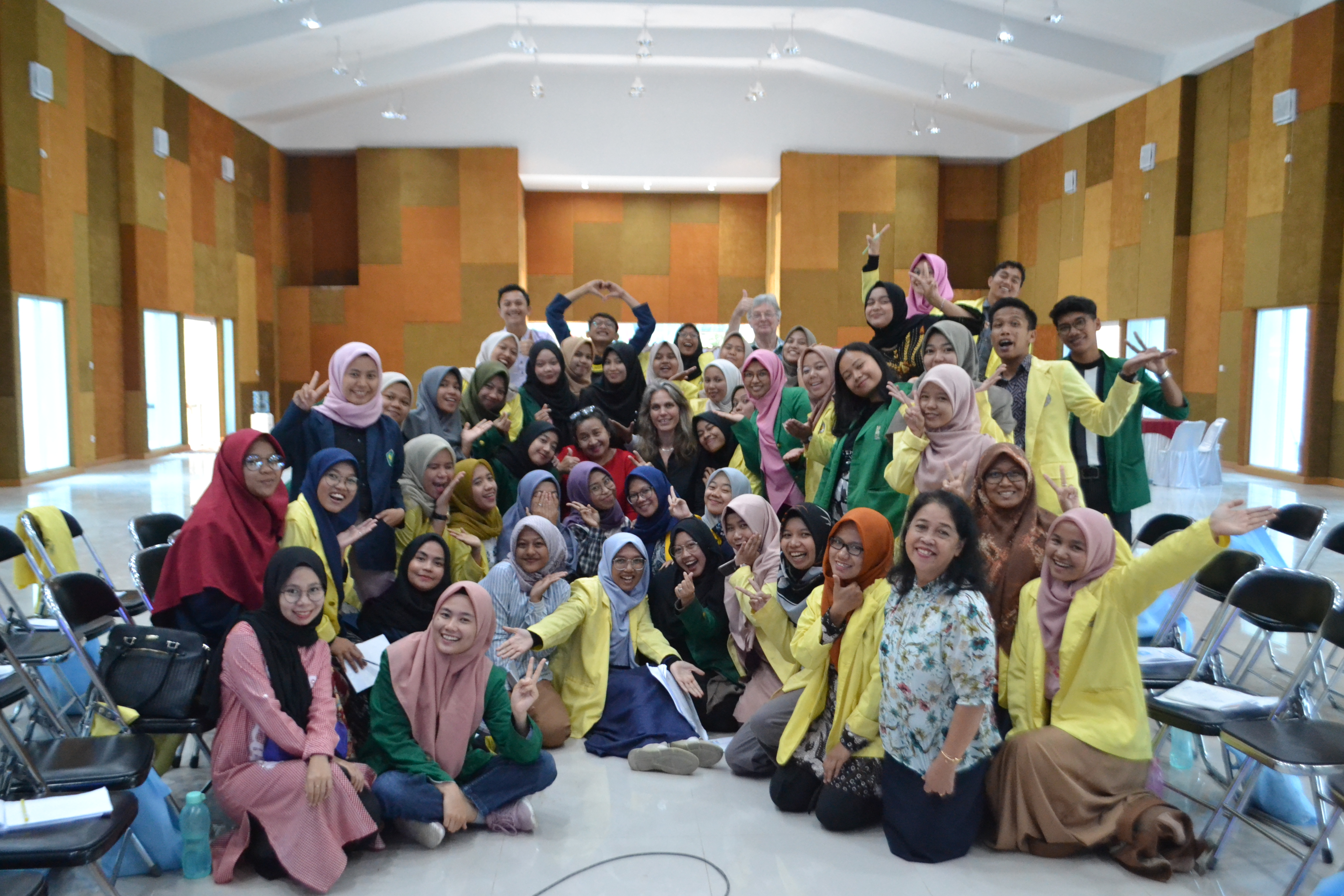 On February 3rd to 9th, 2020, VDMI held the second Regional Meeting in Bukittinggi, West Sumatera. The participants were VDMI grantees from Padang State University (27), Bung Hatta University (9), Andalas University (10), and Sriwijaya University (1). The current Regional Meeting is the new format of the previous program, Citizenship Workshop. By gathering all grantees from one region, it is expected that more grantees get a chance to receive materials that previously only received by the selected grantees. Two board members of the Van Deventer-Maas Stichting Netherland attended this event. Those are Prof. Benjamin White and Ibu Berit Van Huslt.