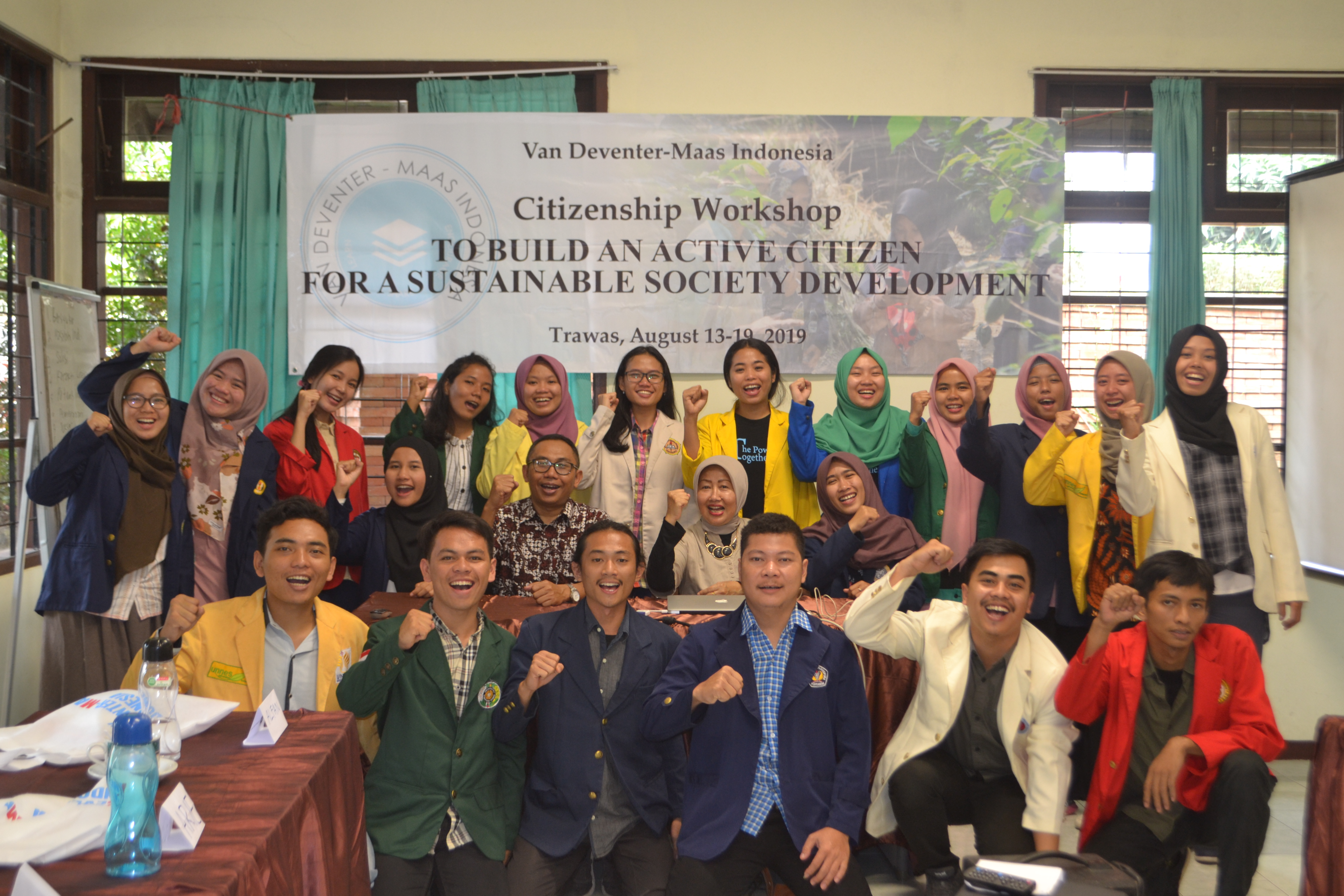 The first day has opened with “Six Days Inspiring” session which provided motivation that every day is meaningful and could be an encouragement in activities. One example of “Six Day Inspiring” is Have a Goal, Act Take Risks, Be Proactive, Be Critical, Be Creative, and Share Power. Moreover, the first material has opened with “Bangunlah Jiwanya untuk INDONESIA RAYA” by Dr. Jenny Ratna Suminar. By the fact that Indonesia has a lot of potential such as Natural Resources, Social Culture and Human Resources, the participants also discussed what Indonesia benefits with the “Demographic Bonus”. The discussion about the Characteristics of Active Citizens, How to be Active Citizens and Why We should be Active Citizens also have been engaged in this session.

On the second day, participants were given a Local Community Short Visit task in groups. Each group was given tasks such as meeting community leaders and exploring local wisdom. They also need to do sharing with citizens about the problems that exist in Indonesia and the community problems being faced. During the discussion, each group gave a presentation on what they encountered in the community. They found that there was still hospitality provided by the inhabitants to those who are ‘new arrivals’ even though they were not yet acquainted with, deliberation and consensus in finding solutions. They also presented about the problems faced by the community.

On August 16, 2019, participants were divided into four groups and immediately recognized and understood the potential of the Trawas Sub-district. They visited several places such as Kampung Organik Brenjonk (Brenjonk Organic Village), Kopi Trawas (Trawas Coffee), Ecowisata Durian (Fresh Green / Ecotourism Durian), and Pengolahan Tanaman Asitabha (Asitabha Plant Processing). One of the groups in the Organic Village discussed how to provide an understanding of the importance of organic plants for life. After that, the activity continued with outbound. Team Work, How to be Active and Problem Solving are the main objectives of the outbound activities.

Furthermore, the 74th Indonesian Independence Day was appreciated by CW Trawas Participants with a flag ceremony. With improvised equipment, the flag ceremony proceeded wisely and smoothly. Each participant has their respective duties at the ceremony. After that, continued with “Positive Radicals” by Dwiani Fegda, M.Psi. Being Radical from the positive side and looking for solutions to existing problems. In this session, the participants were divided into groups to look for potential and positive things that are around the participants. Participants gave an opinion related to their environment such as mutual tolerance, criticism, openness, learning from nature, family and others.

In the last day, participants were given the topic of “Sustainable Society Development – Goals in The Near Future”. Each participant gave an idea that could be applied and had an impact on the surroundings. The session continued with the Local Exposure Presentation and closed with Art Performance of each participant. In Art Performance, the participants presented cultures originating from their respective regions, such as regional dances and songs.