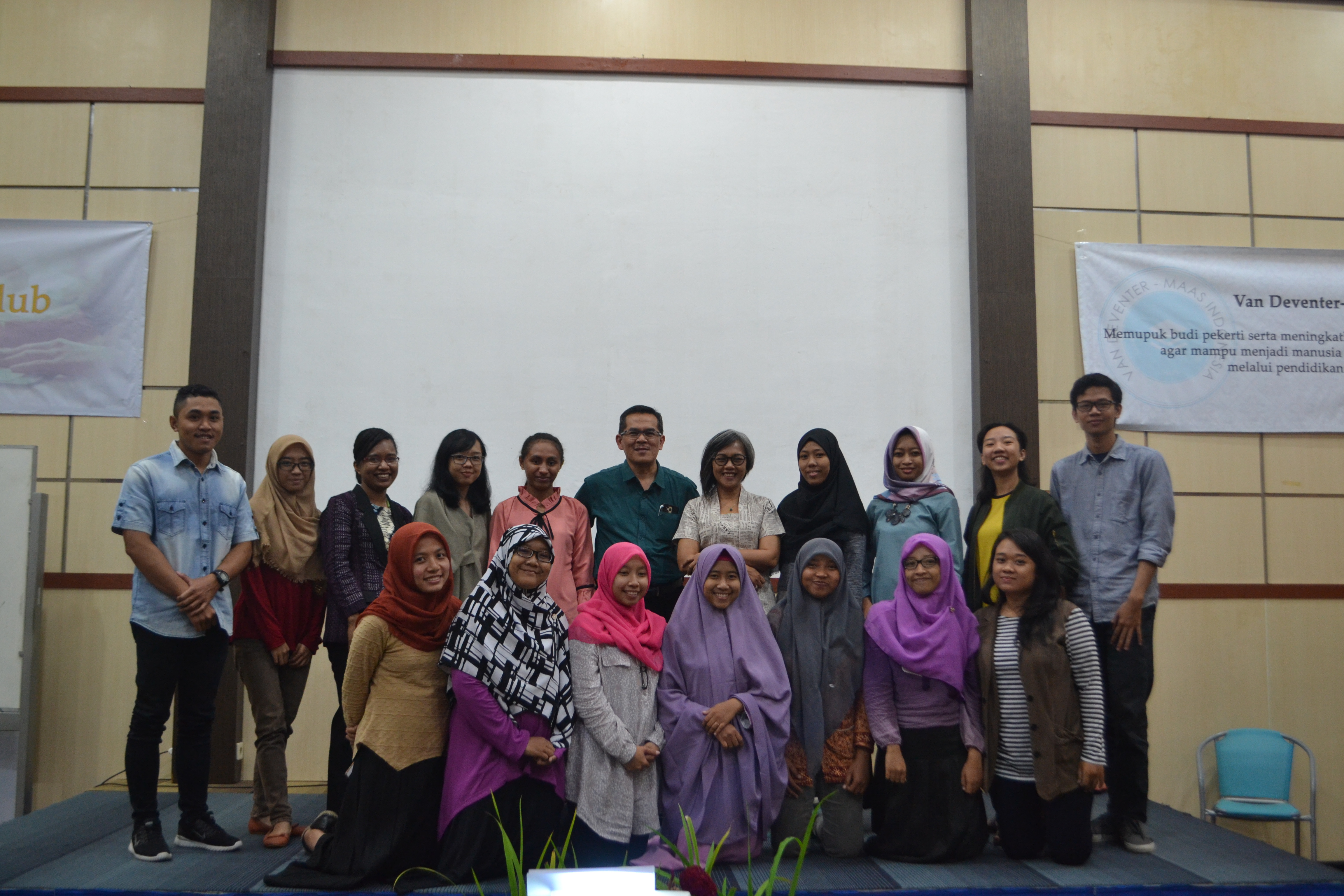 The workshop which lasted for 3 days was given the material by Mrs. Kristin Samah (a former journalist who has written several biographies of prominent Indonesian figures) and Mr. Kartono (Indonesian teacher at SMA Kolese De Britto). During the activity, participants can write and immediately be given the corrections and suggestions to improve their writing to be better than before. The material given is about writing Feature and Opinion. Besides that, participants were also given the task of writing figures found around the venue.

On the last day of July 27, 2018, participants attended the Welcome Dinner of PIC Meeting and Award 2018 at the Grand Zuri Hotel. On this occasion, awards were also given to the best participants. Arifin (UNG alumni) received the award as the best Feature Article with the title of “Ayah Aku Berhutang Padamu”. The best Opinion Article was achieved by Alistya (Grantee from UNAIR) with the title of “Menghargai Perbedaan Pendapat”