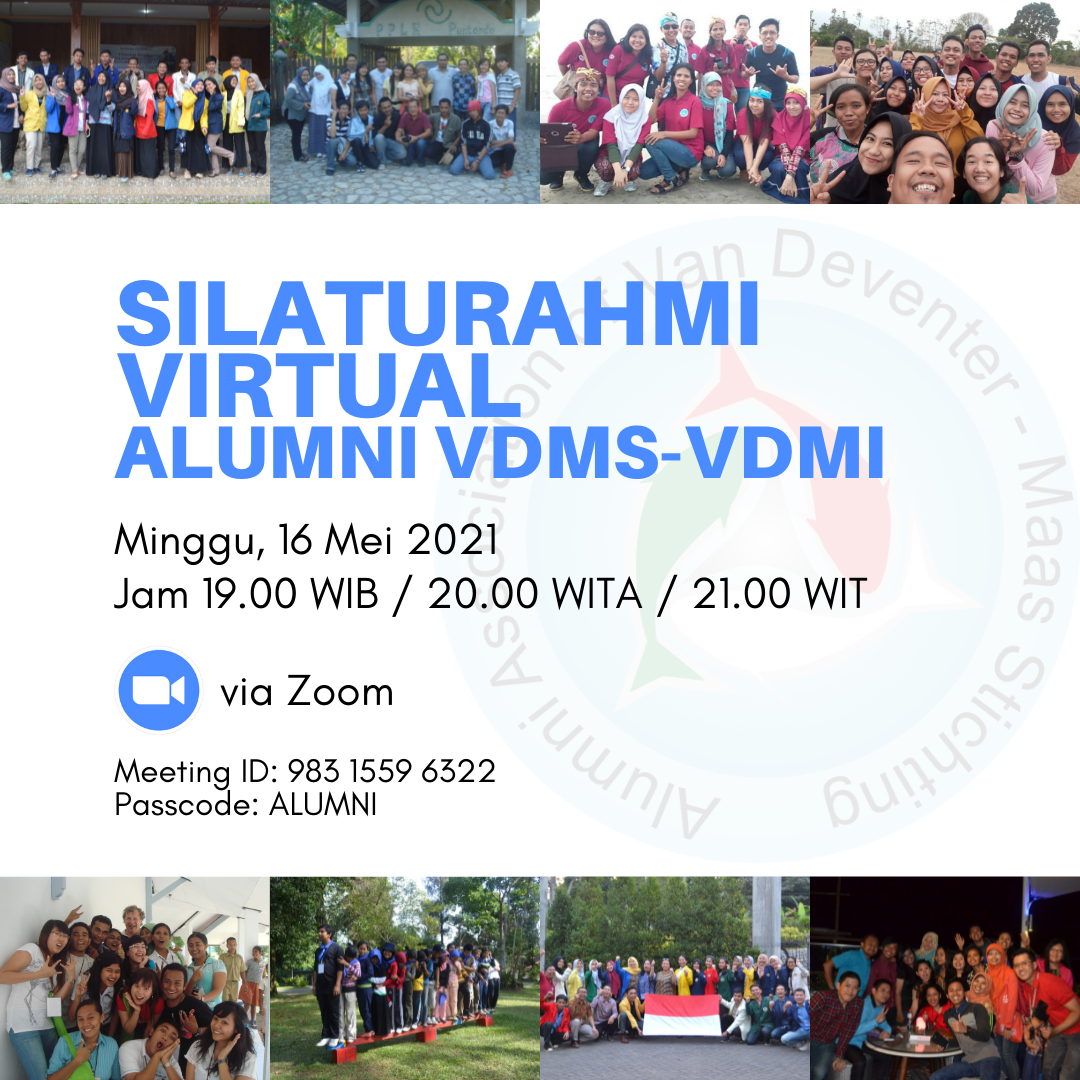 Sunday evening, May 16, VDMS-VDMI alumni held a virtual silaturrahmi via Zoom. A total of 56 alumni shared their memories with VDMS-VDMI as well as their current activities. Dios Larosa (alumnus from Andalas University) and Annisa Ika Tiwi (alumna from Gadjah Mada University/UGM) facilitated the meeting. It aimed to connect VDMS-VMI alumni to build networking and strong bonding with the VDMI family.

Dios opened the meeting by thanking the participated alumni who allocate their time to join the virtual silaturrami. Also, as the VDMI Communication and Alumni Relation, Dios promoted the Membership Alumni System (MAS), which will be launched soon. The system will enable the alumni to keep update with VDMI. Furthermore, Nisa moderated the alumni to get to know each other. Each alumna/alumnus then shared their stories and experiences.

Zakarias, alumni from UGM shared his current activity as the faculty of physic at Nusa Cendana University and his experience in becoming the VDMI person in charge (PIC) at the university. There was also Matta, an alumnus from Sumatera Utara University who shared his memories when attending the Citizenship Worksop in Jatinangor, West Jawa, and named his cohort as Laskar Jatingangor.

Alumni joined the virtual silaturrahmi not only from Indonesia but also from abroad. Oktizalia Pratiwi, an alumna from Andalas University shared about her study in Padua, Italia. Similarly, Endah Setya Ningsih, an alumna from Tanjungpura University, joined the meeting from Orlando since she currently taking her master’s study in the US. There were also Made (ITS) in Japan, Frans Prathama (Ma Chung) in South Korea, and Zain Fahtoni (ITB) in Singapore. The meeting lasted for almost three hours and the alumni enjoy knowing each other. All hope there will be similar events like this that can be the medium for alumni to know each other and share knowledge as well as experiences.