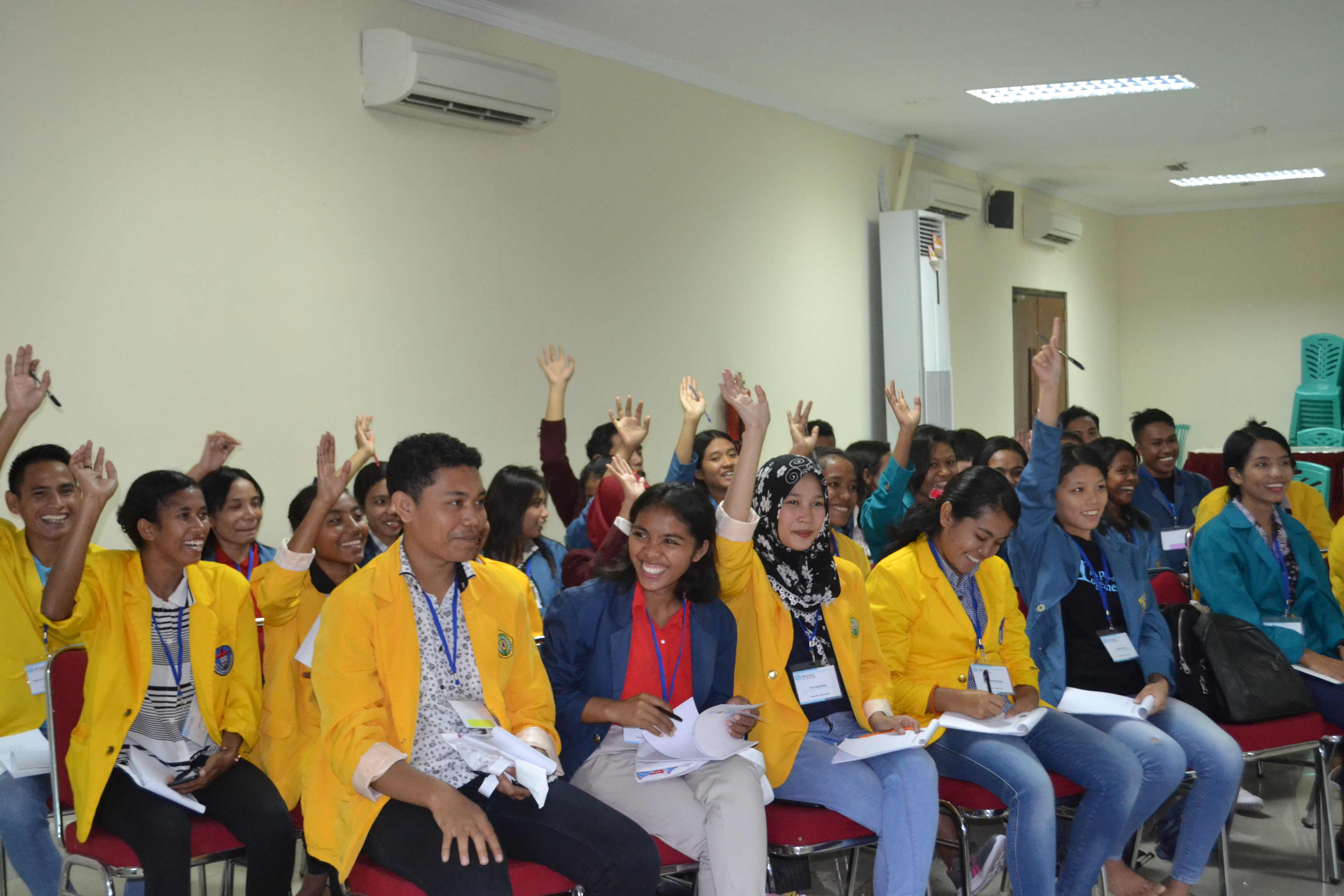 The activity was opened by the Chancellor of the Universitas Nusa Cendana – Prof. Ir. Fredrik L Benu, M.Sc., Ph.D. He said that grantees or scholarship recipients should have responsibility for East Nusa Tenggara and Indonesia in general. He requested that students to uphold nationalism and have national character.

The first day began with “Happiness” from Dwiani Fegda. Participants were asked to find what makes them happy. Happiness becomes the life goal of participants and implements it to the surrounding environment. Happiness can be a passion in doing good things in life.

Before choosing a career, the participants were given material about to get to know each other. What is their character and things that are loved, so they can determine a suitable career for themselves. ‘Knowing yourself’ can also be a factor in facing VUCA World (Volatility, Uncertainty, Complexity, and Ambiguity) and Industrial Revolution 4.0.

Interview session was the favorite session of RM Kupang participants. Participants were given job interview preparation such as posture, how to look, how to answer questions from interviewers. Activities were carried out with simulations. Participants were asked to advance and be given input in appearance. Then, the simulation about how to answers the questions in a good way was conducted. This preparation was intended to create a good impression and influence the results of interview selection.

The second day was opened by the achievements of Jonathan Pradana Mailoa by Ibnu Suryana. Jonathan was the 2006 Absolute Winner and the Best Experiment IPho (International Physics Olympiad) from Indonesia. Jonathan’s success was due to being able to lead and take full responsibility for him. This also is expected to the RM Kupang participants to do the same thing.

Sherly Anawoli – Alumni from UKAW – also shared her experience of participating in the “INSPIRASI 2018” activity. Sherly was very active in women’s and children’s empowerment activities in East Nusa Tenggara; one of them is the Indonesian Women’s Coalition. Being active in RR Kupang activities (VDMI) also became an important point for her to learn and get to know the culture in New Zealand for six months. She hopes that grantees can also do small things for the environment in which we live.